Prøhbtd, a startup that CEO Drake Sutton-Shearer said is designed to “build a bridge” between the cannabis industry and mainstream culture, is announcing that it has raised $8 million in Series A funding.

It’s not the only cannabis -focused digital media company out there – for example, I wrote about the initial funding for Herb last year. But Sutton-Shearer argued that Prøhbtd is creating premium content with a unique voice.

For one thing, he said Prøhbtd’s isn’t focused exclusively on cannabis. Instead, the goal is to create a diverse slate of lifestyle- and culture-related content, with cannabis as the hook.

Take, for example, Edibles, a video series hosted by Birdie Harrelson (niece of Woody Harrelson) — the series includes recipes for creating cannabis-infused baked goods, but as Sutton-Shearer put it, when each episode opens, “She’s not talking about weed, she’s going to bakeries.”

The company says that its video content (which is available on both the Prøhbtd website and on devices like Apple TV and Roku) saw 21 million views in May, with an average view time of 3 minutes and 45 seconds. 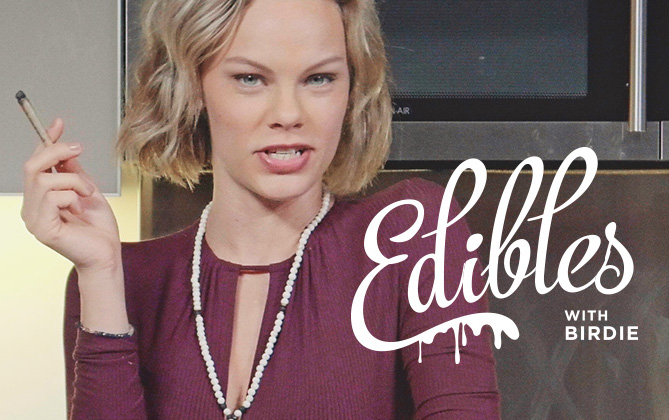 Sutton-Shearer said one of his priorities is forging “mainstream partnerships” like Prøhbtd’s deal with Advertising Week. The company also works with more than 60 cannabis brands — not just on branded videos and sponsorships, but more broadly on product development, design and marketing.

Asked whether this creates a potential conflict with the editorial side of the business, Sutton-Shearer pointed out that plenty of other digital media companies (like BuzzFeed and Vice) run their own branded content studios.

“Today’s younger consumer, I don’t think they really care that much whether something’s branded or not,” he said. “They do want to know if it’s entertaining and thoughtful.”

Prøhbtd had previously raised $4 million in seed funding from investors including actor/musician Donald Glover. The new round was led by Serruya Private Equity, The Delavaco Group and Cresco Capital.

“We’ve seen every media opportunity in the cannabis industry but none of them compare to what the team at PRØHBTD has built,” said Serruya Private Equity’s Aaron Serruya in the funding announcement. “We expect great things from the company and we’re excited to support the team’s global vision.”

Speaking of that vision, Sutton-Shearer said Prøhbtd is exploring international opportunities, including in Canada, Australia and Latin America — In fact, the company says it has plans for a Canadian public offering.

“We’re very strategically looking at the rest of the world, but there’s still a lot to be done in the U.S.,” Sutton-Shearer said.