Need to resize a video for IGTV? Add subtitles for Twitter? Throw in sound effects for YouTube? Or collage it with other clips for the Instagram feed? Kapwing lets you do all that and more for free from a mobile browser or website. This scrappy new startup is building the vertical video era’s creative suite full of editing tools for every occasion.

Pronounced “Ka-pwing” like the sound of a ricocheted bullet, the company was founded by two former Google Image Search staffers. Now after six months of quiet bootstrapping, it’s announcing a $1.7 million seed round led by Kleiner Perkins.

Kapwing hopes to rapidly adapt to shifting memescape and its fragmented media formats, seizing on opportunities like creators needing to turn their long-form landscape videos vertical for Instagram’s recently launched IGTV. The free version slaps a Kapwing.com watermark on all its exports for virality, but users can pay $20 a month to remove it.

While sites like Imgur and Imgflip offer lightweight tools for static memes and GIFs, “the tools and community for doing that for video are kinda inaccessible” says co-founder and CEO Julia Enthoven. “You have something you install on your computer with fancy hardware. You should able to create and riff off of people” even if you just have your phone, she tells me. 100,000 users are already getting crafty with Kapwing.

“We want to make these really relevant trending formats so anyone can jump in” Enthoven declares. “Down the line, we want to make a destination for consuming that content.” 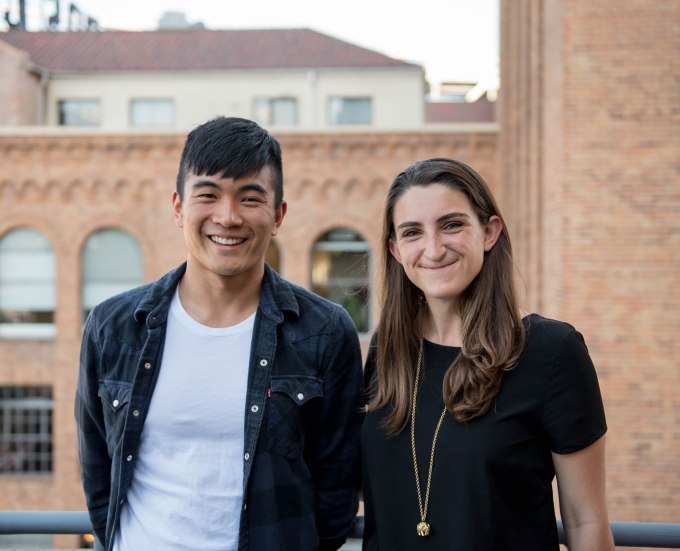 Enthoven and Eric Lu both worked at Google Image Search in the lauded Associate Product Manager (APM) program that’s minted many future founder for companies like Quip, Asana, and Polyvore. But after two years, they noticed a big gap in the creative ecosystem. Enthoven explains that “The idea came from using outdated tools for making the types of videos people want to make for social media — short-form, snackable video you record with your phone. It’s so difficult to make those kinds of videos in today’s editors.”

So the pair of 25-year-olds left in September to start Kapwing. They named it after their favorite sound effect from the Calvin & Hobbes comics when the make-believe tiger would deflect toy gunshots from his best pal. “It’s an onomonpeia, and that’s sort of cool because video is all about movement and sound.”

After starting with a meme editor for slapping text above and below images, Kapwing saw a sudden growth spurt as creators raced to convert landscape videos for vertical IGTV. Now it has wide range of tools with more planned.

Kapwing definitely has some annoying shortcomings. There’s an 80mb limit on uploads, so don’t expect to be messing with much 4K videos or especially long clips. You can’t subtitle a GIF, and the meme maker flipped vertical photos sideways without warning. It also lacks some of the slick tools that Snapchat has developed, like a magic eraser for photoshopping stuff out and a background changer.

The #1 thing it needs is a selective cropping tool. Instead of letting you manually move the vertical frame around inside a landscape video so you always catch the action, it just grabs the center. That left me staring at blank space between myself and an interview subject when I uploaded this burger robot startup video. It’s somethig apps like RotateNFlip and Flixup already offer. 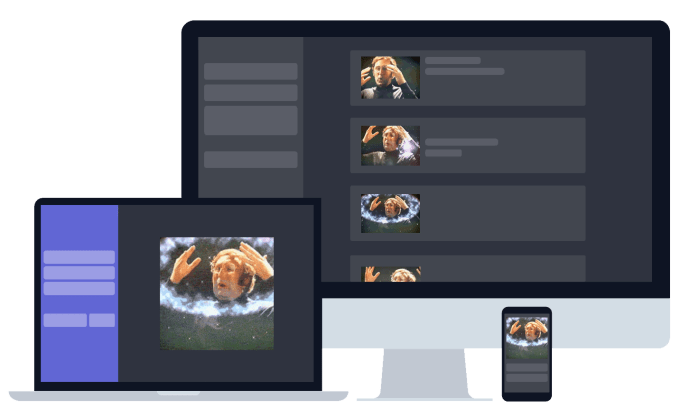 Beyond meme-loving teens and semi-pro creators, Kapwing has found an audience amongst school teachers. The simplicity and onscreen instructions make it well-suited for young students, and it works on Chromebooks since there’s no need to download software.

The paid version has found some traction with content marketers and sponsored creators who don’t want a distracting watermark included. That business model is always endanger of encroachment from free tools, though, so Kapwing hopes to also become a place to view the meme content it exports. That network model is more defensible if it gains a big enough audience, and could be monetized with ads. Though it will put it in competition with Imgur, Reddit, and the big dogs like Instagram.

“We aspire to become a hub for consumption” Enthoven concluded. “Consume, get an idea, and share with each other.”